A world leading interfaith initiative aimed at creating a practical ethical financial solution will move a step closer on Monday (24th October 2016) at a private round table to be held in the House of Lords in London. The Church of Scotland and the Islamic Finance Council UK (UKIFC) are convening a unique gathering of faith leaders, parliamentarians, and finance practitioners to agree a shared values framework upon which a financial solution, open to all in society, will be developed.

The joint venture, the culmination of many years of dialogue, was launched earlier this year in response to the systemic failure and non-sustainability of the current financial model that has struggled to recover from the economic, operational and reputational damage caused by the global crisis in 2008/09. By developing a pioneering new model of interfaith engagement the initiative aims to move from dialogue to action by creating a fairer, more socially responsible financial system.

According to the Rev Dr Richard Frazer, convener of the Church of Scotland’s Church & Society Council: “Two of the most important tasks that we face as a society are developing a fairer and more sustainable economy – one which has a passion for equality at its heart – and building stronger relationships across faith communities. This initiative does both and it is hugely exciting to be a part of it.”

The event is the second in a series of three workshops. The first, held in Edinburgh in May 2016, reviewed the theological and philosophical underpinnings of Christianity and Islam in order to identify commonalities. Shared values identified during the discussions included: our role as stewards on a planet with limited natural resources, tackling excess and greed and encouraging moral responsibility.

At the House of Lords workshop on Monday the shared values framework will be reviewed and refined before participants explore the practical obstacles to realising a vision of ethical finance today. Leading asset managers, banks and economists will share their insights on different types of economic models where ethical finance deepens the economy, encourages inclusion and creates positive social impact.

Omar Shaikh of the UKIFC commented: “We are delighted with the positive response received from parliamentarians and practitioners which reinforces the significance of this initiative. Bringing the debate to the heart of London, a leading a global financial centre, sends a strong international message that faith communities can work together for the greater good of society.”

The initiative emerged from the UKIFC Interfaith Ethical Finance Roundtable, attended by the Archbishop of Canterbury Justin Welby, in 2013 and the Church of England continues to take an active involvement.

“The need for a fairer, more ethical banking system has never been more pressing. What emerged clearly in 2013 is that those from faith perspectives have an important contribution to make in creating a shared solution for the industry and the communities that they serve. I look forward to seeing this discussion continue to evolve in the months and years ahead.” Edward Mason, Church of England.

It is expected that the shared values framework, the first of its kind globally, will be announced early next year, informing the development of a viable ethical finance business solution.

About the Islamic Finance Council UK

The UKIFC was established in 2005 as a specialist advisory and developmental body focused on promoting and enhancing the global Islamic and ethical finance industry. As a dynamic and forward-thinking not-for-profit organisation the UKIFC’s Advisory Board Members, who provide pro bono support, have defined and evolved the role the organisation plays in making a tangible impact in the global Islamic and ethical finance sectors. Principle service areas are: Advisory, Ethical Finance, Training and Awareness and Thought Leadership.

The UKIFC has been recognised globally for its work in promoting shared values and increasing connectivity between ethical and Islamic finance stakeholders across the UK. For more than 5 years the UKIFC has been leading an award winning debate on ethical finance through a series of events based in Edinburgh.

About the Church of Scotland

The Church of Scotland is Scotland’s national church and is also one of the UK’s largest charities. It serves almost 400,000 members, with more regularly involved in local congregations and our community work. Within the organisation, the Church has around 800 ministers serving in parishes and chaplaincies, supported by professional and administrative staff. The Church has a proud tradition of working to benefit those less well off in society, and campaigns on a range of economic and social welfare issues. 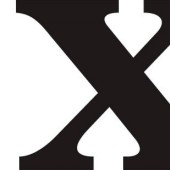