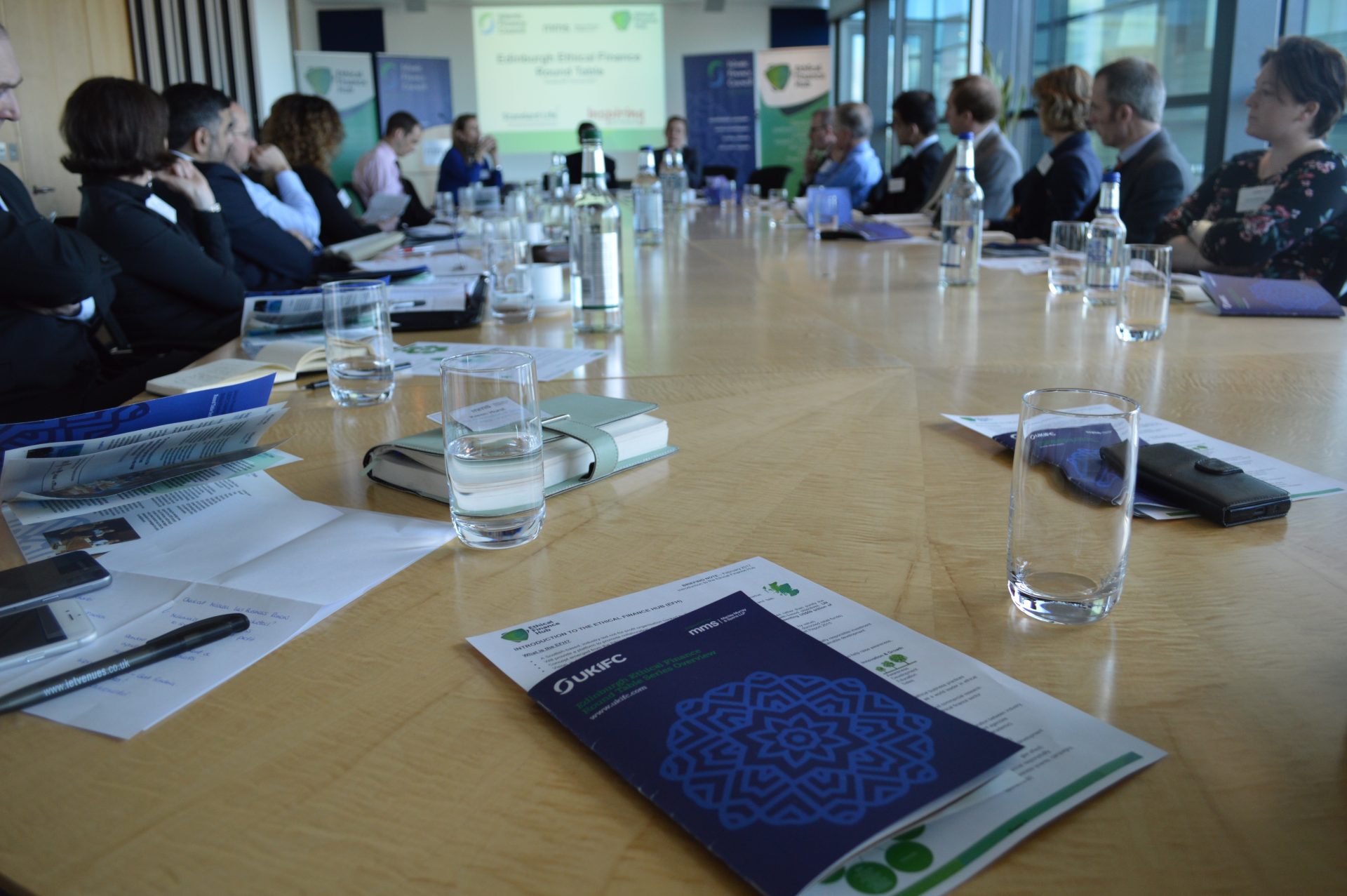 The 12th Edinburgh Ethical Finance Round Table once again took place in the offices of Maclay Murray & Spens LLP. Picking up on themes from the previous meeting, the topic was Impact Investment and how its outcomes can best be evaluated. Amanda Young, who heads the Responsible Investments team at Standard Life Investments, gave the first presentation. Outlining the history of the ethical investment movement over the past 25 years she indicated how this had moved from purely negative screening to an active scrutiny of the social/environment returns from investments alongside the financial ones. Currently the main barrier to larger scale involvement from mainstream investors is the limited size and scale of investment opportunities, but she saw encouraging trends which should help to counter this – government pressure on businesses to report on these issues and at an international level the increasing acceptance of the UN Sustainable Development Goals were examples of important factors. Standard Life Investments’ own approach involves building an “impact stock universe” from its overall “buy” list of around 150 stocks. She emphasised that key factors were measurability and intentionality – evaluation of these is very much a developing process but there is a continuing focus on seeking to refine this. The second presentation was given by Celia Tennant, CEO of Inspiring Scotland, which deals exclusively with philanthropic impact investment. Celia indicated that their focus was almost entirely on social impact, their process starting from identification of a social need around which they then raise funds and seek to identify a portfolio of the best placed third sector bodies to tackle the issue. The aim of venture philanthropy is to make an impact and share the outcomes and accordingly evaluation and measurement of these is essential, for which they use both internal and external assessors. To date Inspiring Scotland has donated over £100m to the Scottish voluntary sector spread over 300+ organisations.

A general discussion followed, focusing initially on the issue of whether a sufficient scale of qualifying bu sinesses to allow impact investment to “go mainstream” is likely to emerge. The view on this was cautiously optimistic, pointing to the faster than expected rate of change in for example the development of electric cars and the growth of Green Bonds. Amanda Young did however see a considerable challenge in building platforms which would allow retail investors easy access to impact investment. On the question on measurement there was general recognition that this imposed onerous requirements on businesses but was nevertheless essential for development and signs were that mainstream organisations were increasingly accepting the requirement. There was consensus that continued focus on agreeing common approaches to evaluation and transparency of outcomes was essential and it was noted that the UK is leading internationally on measuring environmental impact. The meeting concluded with a brief update on the Ethical Finance Hub project from Julian Parrott of Ethical Futures. The main recent development was securing premises at the Edinburgh Business School, Heriot-Watt University. The next crucial step was achieving confirmation of continued financial support from Scottish Government and it was hoped that this would be confirmed within the next month.