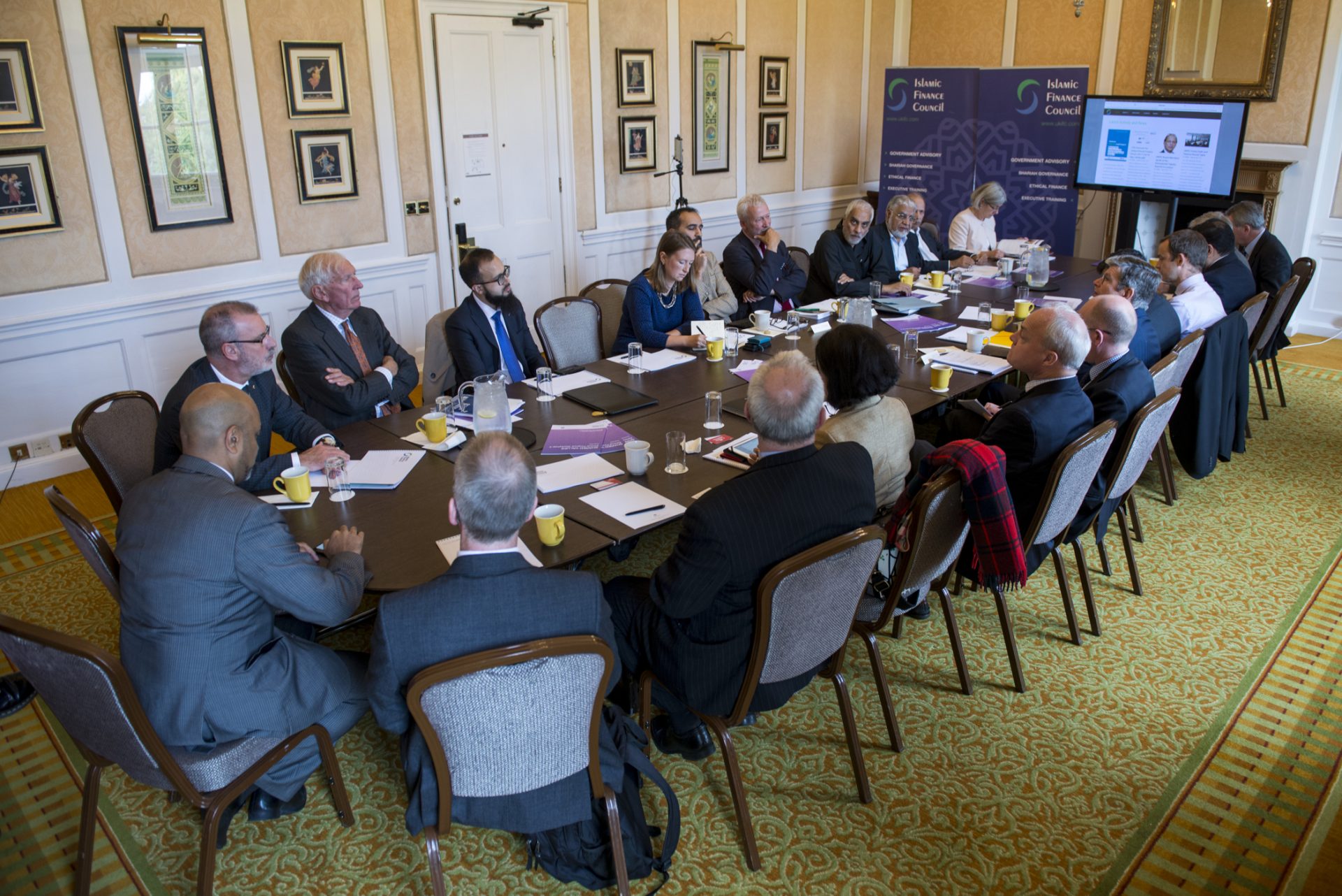 The Islamic Finance Council UK (UKIFC) and Church of Scotland co-hosted a private event at the Dalmahoy Hotel and Country Club on 12th September 2017.

The round table was the third in a series of three workshops that forms part of a joint venture between Islamic finance and the Church of Scotland (see BBC). The round table picked up on discussions from earlier round tables held in Edinburgh and the House of Lords in London, delivering a draft Shared Values Framework. The framework was authored and presented by Shaykh Ruzwan Mohamed, one of the UK’s leading Islamic theologians to an audience of seniorrepresentatives from the faith traditions and financial services sector including the Church of England, Church of Scotland and the Quakers, international scholars and academics, and senior figures from CMS, Wintons, DDCAP, Al Rayan Bank, RBS, HSBC and RJ Fleming.

HH Sanusi II, Emir of Kano (and former Governor of Central Bank of Nigeria), who has supported the initiative since inception and attended earlier round tables sent his apologies, commended the UKIFC and Church of Scotland in reaching this impasse and reiterated his support in a video message.

The presentation by Shaykh Ruzwan Mohamed was well received and appreciated by the audience who broadly agreed with its content. Contributions from Sir David Walker (former Chairman of Barclays Bank and Morgan Stanley) and other participants were taken on board and will form part of the considerations in moving on to the research and development stage of the joint venture to deliver a practical solution.

A selection of pictures from the event can be seen below: Humza Yousaf, MSP – Minister for Transport and the Islands, addresses the attendees at the Dalmahoy Hotel and Country Club