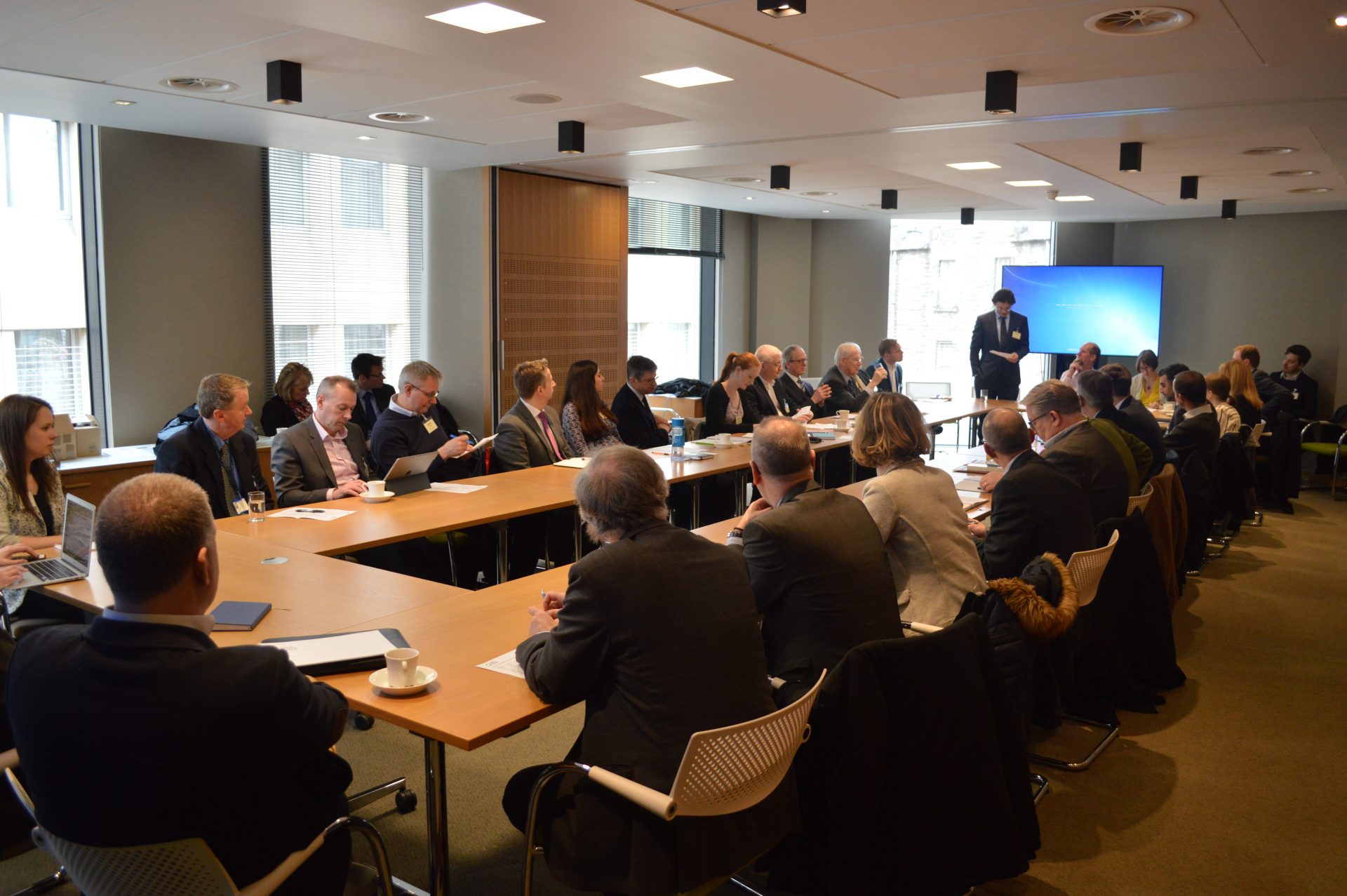 The latest Edinburgh Ethical Finance Round Table took place for a second time in the offices of Baillie Gifford. The topic for the meeting was the attitude of the millennial generation to finance and their potential influence on investment decisions. In a departure from the established format the meeting featured presentations from four speakers The first presentation was given by Iona Bain, a freelance financial journalist who has established a leading media profile in this area, not least as founder of “Young Money Blog”. Her own view was that “millennial” was something of misnomer and in danger of becoming little more than a marketing concept, but nevertheless had become the established term for those in the 20-35 age group. While she questioned whether this generation is truly more entrepreneurial that its predecessors, there was no doubt that technology had changed attitudes and this age group very much wished to handle its finances by smartphone. So far this was largely confined to bank account operation as “fintech” was still not a widely understood term – this was likely to change however. She did consider that her generation was driven more by its ideals and social goals than purely questions of income and the fact that the general expectation was now to change job every three to four years meant that traditional pension structures etc were not well aligned. One particular concern to her was the apparent investment gap between men and women even in this age group, which in her opinion risked a “gender prosperity gap” developing. The second speaker was Laura Westring who, following a career with the EU, was now Head of Communications at “FutureX”, founded last year to support young entrepreneurs and early stage businesses in Scotland. Her main reason for returning to Scotland had been the substantial growth in business start-ups, particularly in the area of fintech – Edinburgh now hosts the largest technology start-up hub in the UK. One important change in attitude which she had detected was that start-up business owners and their funders were less interested in the old model of building up the business with a view to an early exit than in maintaining control and involvement through alternative financing routes such as crowdfunding. Another significant development was the growth in promoting staff retention and commitment by providing opportunities for investing in the businesses concerned. In some cases, if entrepreneurs can show a convincing early track record they can hand pick their investors for their attitude and commitment to the business in question. One important aim of FutureX is to bring together entrepreneurs who might otherwise consider themselves competitors with a view to learning from each other and sharing ideas from which they can all benefit.

In response to a question from the floor as to whether she thought millennials are more “ethical” than previous generations, Laura responded that while that might be debatable she did think they were more open to risk-taking, due to the decline in job security and long term employment. The next speaker was Dave Gorman, the Director of Social Responsibility and Sustainability at the University of Edinburgh. He set out the background to the University’s “Responsible Investment Policy”, which had been in place since 2013, with the practical consequence that investment decisions were now driven as much by “ethical” questions such as supply chains as by purely financial considerations. An annual survey was conducted with the student body, which generally produced around 4,000 replies. One general change of mindset he noted was moving on from identifying problems to focusing on solutions. Ideas about the purpose of investment had also widened and could be tied in with the University’s own work – e.g. social enterprise investment being linked with teaching and research projects.

Graham Burnside in the Chair introduced the final part of the meeting by summarising briefly the current inter-faith finance project taking place between the UKIFC and the Church of Scotland, seeking to agree a framework of shared values in the area of finance and economics and to move on from that to develop a practical financial product reflecting these values. This then led into a final presentation from Martin Palmer, the Secretary General of The Alliance of Religions and Conservation (ARC), which works with all of the major faiths. Martin emphasised that the ARC’s work was not about inter-faith dialogue as such, but rather bringing the diverse faith groups together to work on non-religious issues, particularly on investment and environmental matters. Over 75% of faith groups now have negative screening processes in place but until very recently almost none had any positive investment policies. ARC was now working to create a “Faith Consistent Investment Alliance” to encourage and develop moves in this direction. Another important recent development is that the ARC and its associated faith groups are working with the UN on promoting its Sustainable Development Goals.