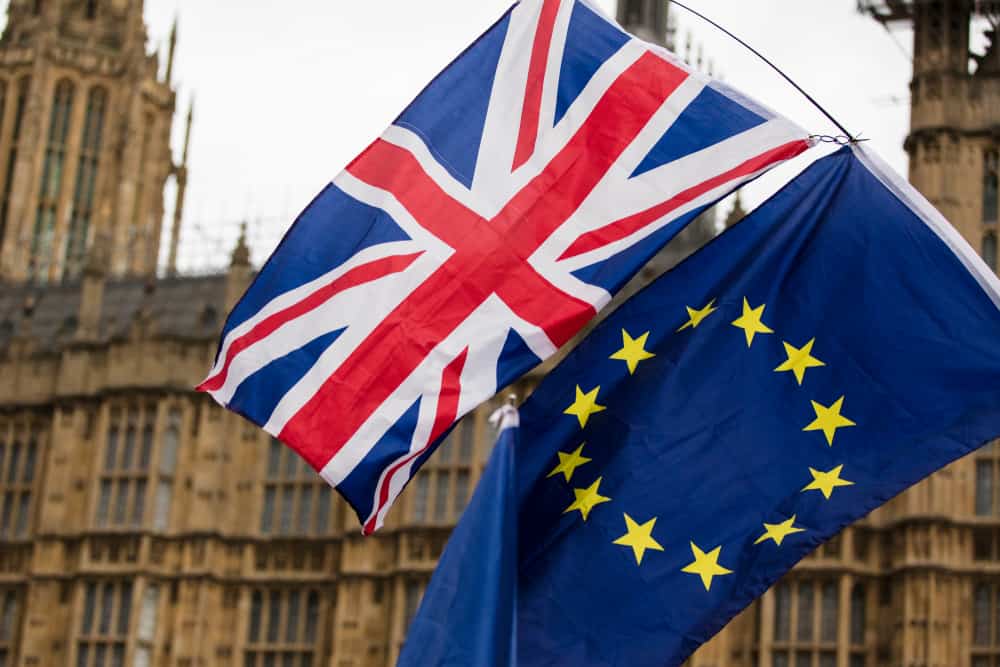 The United Kingdom is set to leave the European Union (EU) on January 31. Uncertainty looms as to whether the government will secure a trade deal with the EU or leave in December 2020 without one.

Nonetheless, Brexit presents various risks and opportunities, such as Islamic finance playing a role in bilateral trade negotiations and the UK’s second sovereign sukuk. Beyond these, it is unlikely it will significantly transform the industry in the UK, according to stakeholders polled by Salaam Gateway.

DEAL OR NO DEAL

The biggest uncertainty surrounding Brexit is whether the UK government will be able to secure a Free Trade Agreement (FTA) with the EU, or if it will leave the bloc without a deal.

The risk of a no-deal would have a negative impact on the UK’s conventional and Islamic banking sector.

“If we have a No-Deal exit from the EU, the short-to-medium term impact on the economy will not be positive, although I think it will be flat rather than a deep recession,” he added.

Among some of the risks of leaving the EU without a deal is losing the passporting scheme, which allows financial institutions in the bloc to operate, and sell financial products and services in member states without having to apply directly to specific regulators.

“If the EU passporting scheme falls away it will be more difficult to set up banking operations in other EU countries but there is no evidence to suggest UK Islamic banks are looking to set up in the EU outside the UK,” said Chris Tait, Project Manager, Islamic Finance Council UK (UKIFC).

“There is no significant linkage between Brexit and the competitive position of domestic Islamic banks in the UK,” he said.

“Islamic finance remains small in the UK with total assets of the Islamic banks at £4.5 billion at Year-End 2018.”

In a post-Brexit environment, it is likely the UK government will seek new trading partners and relationships. Islamic banking and finance can play a role in attracting foreign direct investment (FDI), particularly with Muslim-majority nations.

From his vantage point in the UAE, Nick Green said that to date, most Gulf investors have generally viewed Brexit as a negative.

With regards to the government’s position, a UK Treasury spokesperson told Salaam Gateway: “The government remains committed to developing Islamic Finance in the UK to support financial inclusion, encourage investment and enhance its competitiveness as a global financial centre.”

All of the UK’s Islamic banks are majority-owned by Gulf-based financial institutions or investors. For example, Al Rayan is owned by Qatar’s Masraf Al Rayan. Similarly, Kuwait’s Boubyan Bank, previously the majority shareholder of Bank of London Middle East (BLME), acquired the lender in an all-cash takeover in December 2019.

While Brexit will present challenges for conventional and Islamic banks in the UK, it will also depend on the bank’s business line and how exposed financial institutions are to the EU.

Charles Haresnape, CEO of Gatehouse Bank said the bank does not trade across borders and that the impact of Brexit is much less than for UK banks which trade internationally.

“Any impact for us would be if customer demand for home finance reduced when customer appetite to purchase UK property contracted. We see this as a low risk given the historical resilience of the UK housing market,” he said.

“All things considered we believe the potential for an adverse impact on Gatehouse Bank from Brexit is low.”

From a growth and profitability perspective Mohamed Damak of S&P said asset quality and earnings of UK Islamic banks could be hit due to the significant concentration of their lending portfolio on real estate activities in case of a disruptive Brexit.

He noted around two thirds of total financing comprised real estate exposures at year-end 2018. But he said these banks enjoy a good level of capitalisation and asset quality indicators.

“At the end of 2018, the average Tier 1 ratio for UK Islamic banks stood at 17.9% and their NPLs ratio at 1.3% according to the Islamic Financial Services Board,” he added.

At present, Al Rayan is the only fully-fledged retail bank out of the five Islamic banks in the country.

Despite the small number of players and with the UK seeking to attract more Islamic investors, it is unlikely a new Islamic bank will be set up anytime soon.

“I don’t see appetite for a new Islamic lender to enter the UK at the moment,” said Nick Green.

However, he said there is potential space for the challenger banks to offer Islamic financial products, if they wish to expand their product line.

This year the UK is set to issue its second sovereign sukuk, which will help London maintain its position as a centre for Islamic finance.

“The UK’s second sovereign sukuk issuance is a key part of this strategy: supporting UK-based Islamic banks through the provision of high-quality, Shariah-compliant, liquid assets; encouraging the growth of the domestic Islamic finance industry and helping ensure the UK maintains its position as the leading Western hub for Islamic finance,” the UK Treasury spokesperson told Salaam Gateway.

The deal will follow the maiden sukuk issued by the government in 2014 when the sovereign became the first outside of the Islamic world to issue such an instrument.

However, there has been little activity in sukuk since then. The most recent Sterling-denominated sukuk came in February 2018 from Al Rayan Bank that issued a debut £250 mln sukuk, which followed a Shariah-compliant equivalent to a residential mortgage-backed security (RMBS).

Beyond the upcoming sovereign issuance, the pipeline of sovereign or UK corporate sukuk is likely to be limited due to cheap domestic funding.

“I don’t envisage UK companies will look at sukuk because domestic finance is plentiful, unless there is a Middle East element such as in the corporate ownership,” said Nick Green.

“It’s still cheaper to do conventional or direct lending. It tends to cost on average around 50bps to 100bps more for the UK’s Islamic banks to offer lending compared to conventional lenders, depending of course on size and purpose of facility.”

On a more positive note Bank of England is currently working on a facility for Islamic banks to help with their liquidity requirements, according to Wayne Evans, Adviser International Strategy for TheCityUK.

“This is a welcome development, as was the Bank’s decision to become an Associate member of the Islamic Financial Services Board,” he said.

Another area that UK will likely seek to develop is the domestic takaful sector.

Stella Cox believes Lloyds of London is interested in promoting takaful and other Islamic insurance products and services.

In 2018, the Islamic Insurance Association of London released guidelines to address capacity constraints and challenges for takaful and re-takaful with the aim of supporting the sector. The guidelines followed the initial set released in 2016.

“The Islamic Insurance Association of London works under the auspices of the Lloyds platform and is seeking to ensure that the market operating environment is sufficiently enabled for Shariah-compliant business to grow further,” she said.

But others say the scope for development in the UK is limited.

“The takaful industry remains small globally and even if we start to see some growth in the UK, we are of the view that it will remain rather small in absolute terms and relative to the insurance industry in the UK,” said Mohamed Damak.

He points to a lack of appetite from clients, lack of standards and also perhaps a lack of offering by the main insurance players.

“As in other markets, takaful companies will need to develop competitive products and do a better job in promoting their offerings/differentiate themselves from conventional insurers in order to grow,” he said.

Irrespective of Brexit, there are still long-standing challenges that will continue to face Islamic banking in the UK, particularly the retail sector.

Shakeel Adli, Partner, Head of Islamic Finance at CMS Law, said the take-up of Muslim consumers has been relatively low. He said this in large part has been down to two factors; firstly a distrust as to whether the underlying products are in fact Shariah-compliant and secondly the pricing arbitrage with conventional products.

“More generally there needs to be greater financial literacy both amongst Muslims and non-Muslims for consumers to be able to make informed decisions,” he said.

He argues that where Islamic products have been particularly successful is when they have outcompeted the conventional market and as such have been able to attract both Muslim and non-Muslim customers.

He cites the examples with savings products in the UK where a number of the UK Islamic banks have offered higher rates than their conventional competitors whilst still allowing customers to benefit from the Financial Services Compensation Scheme.

However, there are other initiatives taking place.

“The taskforce will enhance the engagement of the global Islamic finance industry with the SDGs through capacity building, awareness campaigns and promotional activities,” he said.

“Whilst not driven by Brexit it is a good example of the UK leading a global initiative aimed at leveraging Islamic finance to deliver the Global Goals.”