‘Faith in the SDGs Summit’- Join the UKIFC at COP26 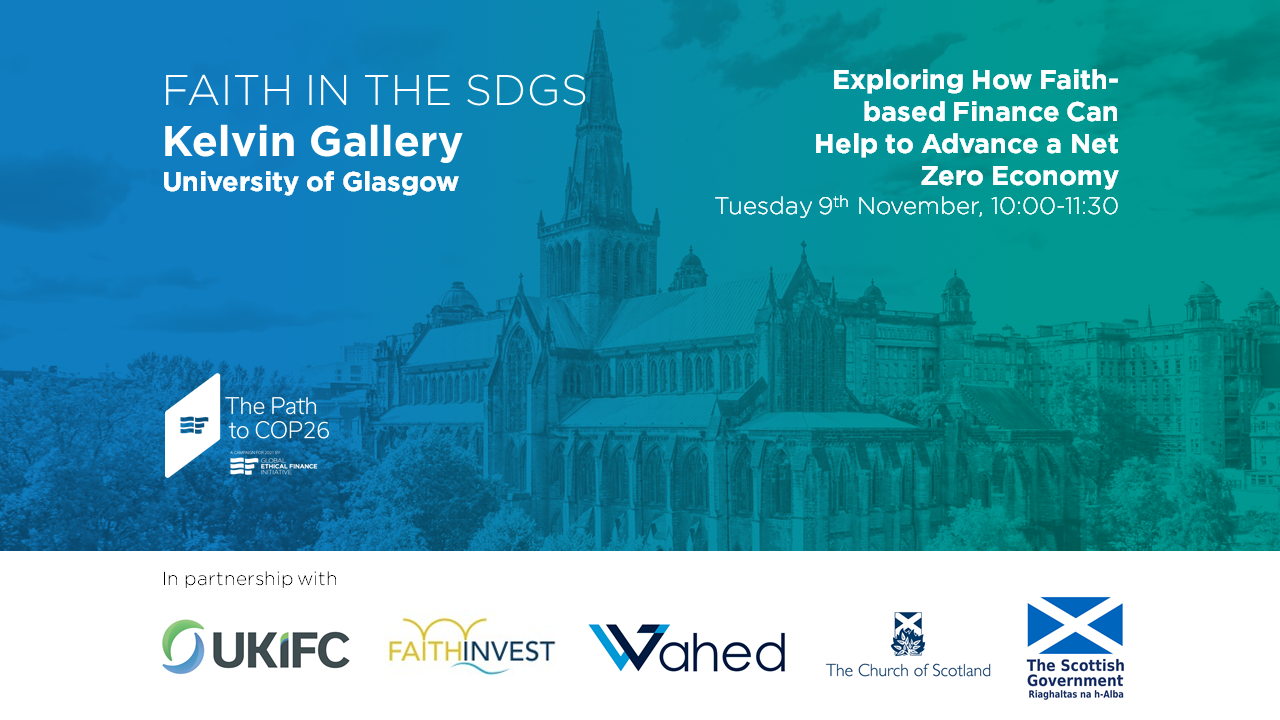 Faith leaders have begun to take an increasingly active role in making the moral case for climate action, with the most notable recent example being the joint declaration between the Pope, the Archbishop of Canterbury and the Ecumenical Patriarch. Across the world, faith groups have always played an important role in embedding values into everyday life. Finance is not different, with faith groups among the earliest pioneers of ethical finance.

At COP26, the finance sector will confront the greatest ethical challenge it has ever faced: financing a Net Zero economy.

At the UKIFC, we believe faith-based finance has a key role in meeting this challenge, from making the moral case against climate action, to ensuring their endowments are invested responsibly.

This summit, delivered in partnership with GEFI, FaithInvest, Wahed Invest and Church of Scotland, will seek to build upon the historical role that faith groups have played in ethical finance by bringing together representatives from a number of faiths traditions. It will explore the religious response to climate change, showcasing some of the initiatives which are successfully translating faith values into financial practice and asking what more can be done by faith groups to successfully finance a transition to Net Zero.