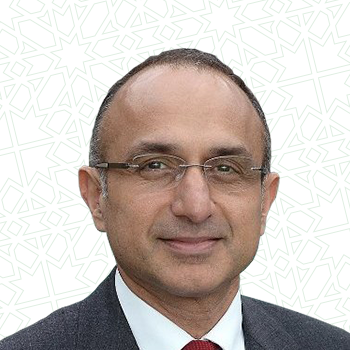 Dr. Ahmad has 20 years of experience in financial risk management in banking, consulting, and academia, based out of Europe, Middle East & Canada. Currently he is a Managing Director at BlackRock in London, specialising in risk and regulatory services to financial institutions and governments. Previously he was a Partner at Ernst & Young (six years in London and for two years as head of the Middle East risk practice). Dr Ahmad has been involved extensively in the implementation of regulatory projects including Basel II and III, stress testing, valuation of derivatives, training programmes to central banks and regulators in the Middle East, and has contributed to thought leadership in the areas of banking, risk and financial regulation. He is a frequent speaker at conferences and risk seminars. Dr Ahmad holds an MSc in theoretical physics and a PhD in mathematics, both from the Swiss Federal Institute of Technology Lausanne (EPFL) in Switzerland. He conducted post-doctoral research in physics and finance at McGill University in Montreal, Canada.