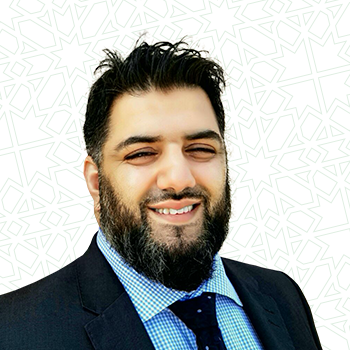 Umer Suleman is a Regulatory and Operational Risk Consultant for Financial Institutions who also serves as the Finance Editor for a UK Islamic news portal.

Umer completed his undergraduate in Economics and Management from the Royal Holloway College, University of London (2000). He started his career in the public sector, administering the budget for Education in a local authority. In 2007 he joined the global advisory firm Ernst & Young as part of a specialist PFI team that reviewed and advised on public infrastructure projects that are privately funded. In 2008 he began studying various Islamic subjects informally and formally with a UK-based Scholarship. In 2011, Umer joined a major bank in the City of London as an Operational Risk Manager, and he has had various roles within the organisation since, including Head of Business Risk for MENA (Middle East and North Africa). He also completed a post-graduate diploma in Governance, Risk and Compliance from Manchester Business School (2015).

Umer manages the Shariah Scholars CPD programme for the UKIFC. He has performed a key review and advised the world’s largest Islamic charity on their Waqf programme. He was also part of a small advisory group to the UK government on offering Shari’ah-compliant student loans. Umer has been featured in a number of different media, speaking on the topic of Islamic Finance, including the BBC, National Radio of Spain, Bloomberg and The Times newspaper, among others.